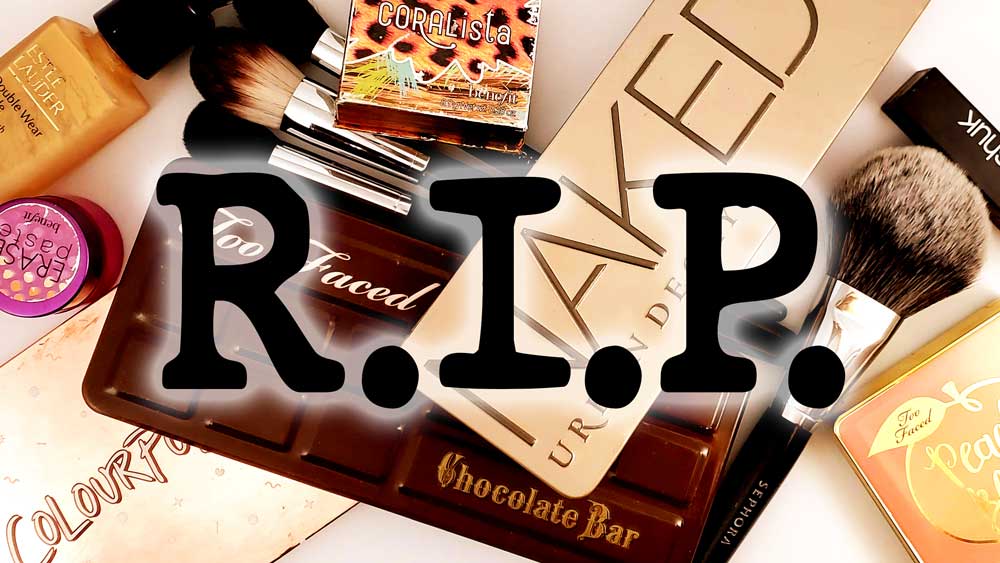 It’s no secret that the beauty industry is in a constant marathon of new releases. The unending flow of fresh makeup leads brands to retire scores of products each year. This “out with the old, in with the new” system means that even great products get discontinued, for no reason other than to make room for something newer and shinier.

Ask any makeup user, chances are they’re carrying a torch for at least one, long since discontinued item. Most are familiar with the devastation, the frustrated search for a replacement, and the wistful hope that one day, it will return. Here I’m counting down the best products that sadly, have disappeared over the last few years.

This was a great foundation, one of the more recent additions to Estee Lauder’s Double Wear line. For those who found the OG Double Wear too thick and heavy, this was a great choice. True to its name, it’s got a liquidy consistency, that left a natural glow to the skin while providing medium coverage. It’s no longer available at either Sephora or Ulta, with only a handful of shades left on the Estee Lauder website. The brand recently released their new Futurist Hydra Rescue Moisturizing Foundation, so it would appear that it’s replacing Double Wear Nude as Estee Lauder’s lightweight, radiant foundation.

Let me just take a moment to say, why Benefit, WHY? As someone who struggles with chronic dark circles, it was a relief when I discovered Erase Paste back in 2013. Finally, something that would completely cancel out my dark under-eyes. I cherished that little container and used it religiously for every special occasion.

When Benefit re-branded their concealer line a few years back, they released Erase Paste as Boi’ing Brightening Concealer. At the time I thought, cute packaging – stupid name, but whatever; As long as the product remains the same I don’t care.

Fast forward a few years later and it’s disappeared from Sephora and Ulta’s sites. Benefit, QVC, and HSN are still carrying it but, surprise surprise, only in a few deeper shades. I managed to snag a mini size as part of a kit a while back, but I’m sincerely hoping that this is just another repacking stunt and that we’ll see this corrector available again.

Possible Dupes: I did quite a bit of research but struggled to find anything that truly dupes this product. I’ve yet to discover a concealer that combines the same, texture, coverage, and shade selection as Boing Brightening Concealer. There are several with similar shades like Bobby Brown Corrector or Tarte CC Undereye, but both have thinner consistencies and offer less coverage.

I actually can’t believe they discontinued Coralista. I mean seriously, same shock level as when Urban Decay discontinued Naked 1. This is the first high-end blush I purchased and it was super popular in the glory days of YouTube.

It’s the perfect soft peachy color and the golden shimmer imparts such a gorgeous glow to the cheeks. Given that it’s an iconic product, I was really surprised to see that it’s not available at any major retailers. I recently hit pan on my Coralista (the only blush in my collection I’ve panned so far). I’d been trying to finish it but now I’m debating whether or not to preserve the remainder of the blush.

One can only guess as to why Benefit would retire Coralista, however it’s possible that it’s only temporary. They recently re-released several blushes (Georgia and Sugarbomb) which they had discontinued a few years back . So here’s hoping that Benefit does the same with Coralista and it makes a comeback someday.

While nearly every makeup user was paying tribute to Urban Decay’s original Naked Palette, I was in a committed relationship with its sequel. Naked 2 was the first UD palette I purchased, and it remains my favorite to this day. I found the color story more complete than Naked 1 and it’s been a staple in my collection ever since.

Urban Decay sent shock waves through the beauty community when they announced they were discontinuing Naked 1 last year. However, I hadn’t seen anything about Naked 2 so I was surprised when I couldn’t find it online. It’s not available at any major retailers and customer service confirmed that it has been discontinued. (Insert sad face emoji)

Possible Dupes: You’d think in such an over-saturated market I’d have no trouble coming up with a similar palette. Maybe that’s why Naked 2 was a favorite because the color story (boring as it looked) was actually pretty unique. There are many knock-offs available from brands like Coastal Scents, W7, and Makeup Revolution.

Retiring iconic products seems to be a trend because once again, I can’t find this at Ulta or Sephora. It’s still available on Macy’s website however, I doubt it will be for much longer. I reached out to customer service, who verified that it has indeed been discontinued. (Ok, this one deserves the sobbing emoji :’-()

And Too Faced strikes again… I know they put out some questionable makeup each year (looking at you Pretty Mess collection) and inevitably discontinue them after a while. This one, however, comes as a surprise.

The Natural Nudes lipsticks were a great formula that gave opaque, creamy color in a variety of neutral shades. The metal packaging not only felt luxurious but also looked really cute. And at $22 they were pretty reasonably priced. Well now it seems they’ve all but disappeared from Sephora, Ulta, and Too Faced’s websites. While Macys is still carrying a few shades it probably won’t be long before those sell out too.

I have been able to find the full line at both QVC and HSN. The shopping networks generally tend to carry products for a while after they’ve been removed from other retailers. So while the Natural Nudes may have become exclusive to QVC and HSN, the more likely possibility is that it’s only a matter of time before they discontinue them as well.

Possible Dupes: These lipsticks have a creamy, balmlike feel but still offer opaque color. Most hydrating lipsticks tend to be on the sheer side so it was difficult to find a comparable product.

These weren’t so much blush as they were a contouring duo. I found the contour color to be a bit warm, however I loved the highlight powder. It was a matte, pale yellow that worked wonders to set and brighten the under-eye.

The Contour Blushes are currently discounted on the Nars Last Chance web page and most shades are out of stock. Nars also used to sell the powder refills separately, however those too are unavailable. I recently finished off my Nars Contour Blush, but I have several limited edition palettes that contain the same powders. I’ll probably save those for special occasions since it looks like this product is on it’s way out.

Possible Dupes: This was a really hard product to dupe because most contour duos contain shimmery highlights, not matte ones. I only really liked the matte highlight shade so I’ve tried to find replacements for it alone. There’s an abundance of yellow toned loose powders however the pressed versions are more scarce. I can’t recommend Too Faced’s It’s Bananas! Setting Powder because it’s too dark and it’s also recently been discontinued.

8. Colourpop I Think I Love You Palette

It may just be me, but lately I feel like Colourpop’s become the new Mac. While I love the quality of their products, the speed at which they release new collections can be dizzying.

The never ending stream of palette launches explains the relatively short life cycle of permanent palettes in their line. I Think I Love You was one of their earlier palettes and it included a range of neutral mattes and metallics. Its affordable price point made it a fantastic option for those looking for a basic staple palette. As it’s no longer available, it’s likely that it was phased out to make room for newer products.

Possible Dupes: With the number of palettes available from Colourpop, you’d think I’d have no trouble finding a replacement for I Think I Love You. I couldn’t however, find the same combo of matte shades (cream, light brown, deep brown, and black) that gave the palette its versatility. There are several small options that include neutral mattes, but none that also have a black, which is a necessary element of a staple palette.

Colourpop Bare Necessities $34 – This is nearly double the price and the size of I think I love You. Aside from that, this will function as a basic palette and includes all the neutral shades one would need.

Too Faced Chocolate Gold Palette $49 – I actually discovered that I Think I Love You had been discontinued while searching for a dupe for Chocolate Gold. I was so excited when I realized both palettes included the same range of neutral shades. Of course, my excitement turned to disappointment when I couldn’t find Colourpop’s palette available for purchase. So while this is obviously more expensive than I.T.I.L.Y., it has several shade-for-shade dupes, in particular, the same gorgeous metallics.

Colourpop Good as Gold Palette $18 – This is overall more yellowy, and less bronzey than I Think I Love You. It’s also missing the matte cream, which is another staple shade. It does have a matte black, brown, and light brown, along with some neutral metallics, so it can function similarly.

So this is a case where officially, it’s just a revamp, not a retirement of the line. In March of 2020, Sephora discounted all of their Pro brushes and replaced them with a new, vegan and eco-friendly lineup. Laudable as I’m sure their efforts are, I’m not going to pretend that I wasn’t disappointed. The synthetic brushes are the same, but some of my favorite natural bristle brushes were undoubtedly affected by the change. In addition, several brushes don’t seem to have returned with the re-release, and its anyone’s guess as to whether they’ll be added to the line.

Mac Brushes – It seems nothing will replace the Pro Featherweight #90 brush or my beloved #79 contour brush. The Mac #109 Small Contour Brush is nearly identical to the Sephora Pro #74, and it’s great for contouring the cheekbones.

This product got a lot of hate so it’s no surprise that it started turning up at T.J. Maxx pretty soon after its release. Despite what it’s detractors say, I actually really liked it as a finishing powder. It had this smooth finish that made it look invisible on the skin, a rare feat for any powder. It’s currently sold out on Too Faced’s website and not available at any beauty retailers. Looks like another product bites the dust.

Nars Light Reflecting Setting Powder $37 – This feels a little less dense than the Peach Blur but it picks up better on a brush and gives the same effect. It also comes in a more universally flattering translucent shade, as well as a deeper one, so there are multiple options.

Laura Mercier Secret Blurring Powder $28 – This one is really similar to the Nars Light Reflecting and it also comes in both a translucent and a medium-deep shade.

So there you have it. The ten most recently discontinued makeup products that will be sorely missed. I’d love to hear about your favorite makeup that’s been discontinued so please share in the comments.

Thanks for reading, feel free to leave a comment below. 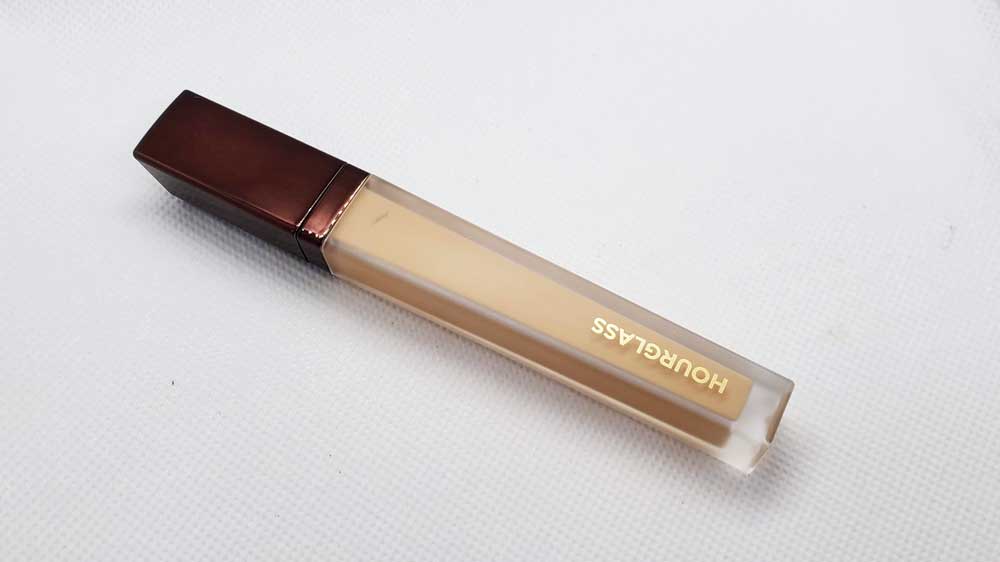 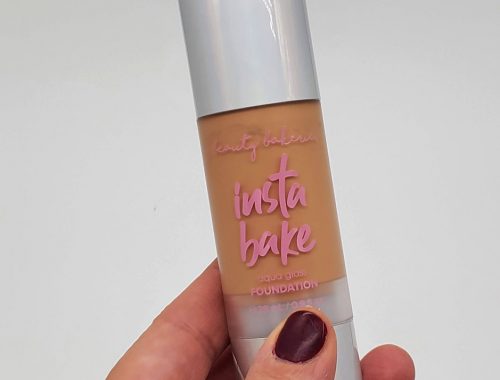 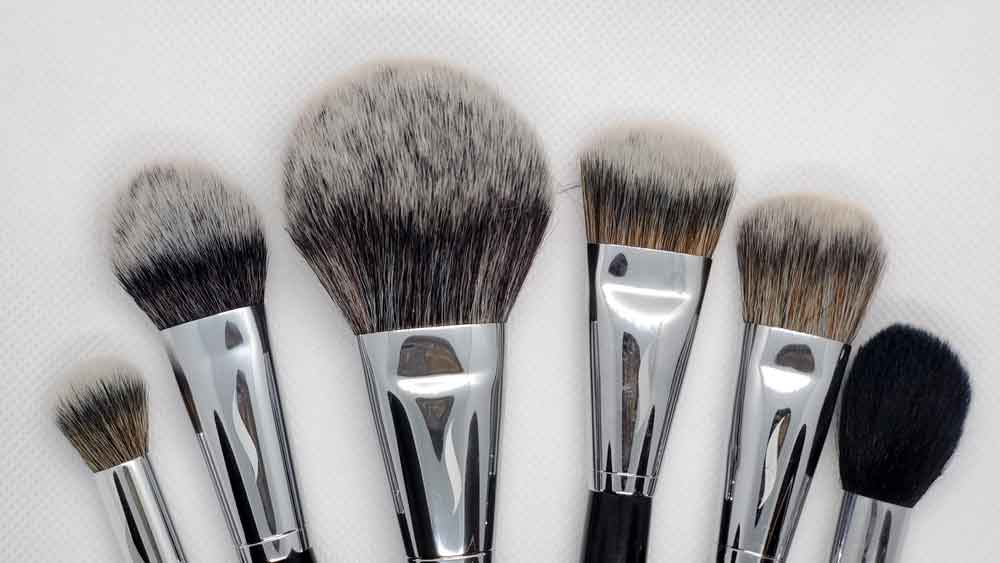